How did The Fiber Artist Supply Company come to be? Well, the short answer is "obsession." Here's the long answer:

The Fiber Artist Supply Company began its life in 2005 when Tim was living in a small room in an apartment in Springfield, Ohio with Ben and his future wife Tracy.  Ben had been hiking and found some twigs that he fashioned into a yarn swift. That was Tim's introduction to the product that would start him on the trajectory he is still on today.

While studying for an economics/accounting degree, Tim looked for business opportunities to help make some money. A few different ideas were tossed around, but having some experience in knitting & crocheting, the idea of selling a simplified version of the yarn swift Ben had shown Tim a few years before took hold. Ben would make periodic trips to Chicago to help out in production. Ebay was the first platform that we sold on & Etsy soon followed in 2007. We were one of the first Etsy stores selling knitting and weaving supplies. 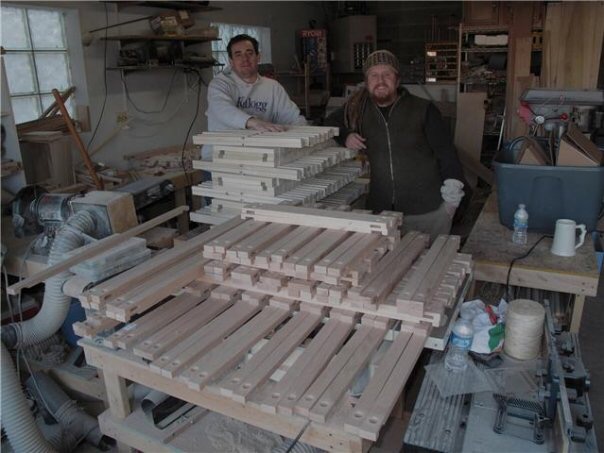 Without a plan to make the little business a full time endeavor, Tim moved to Utah with his wife Cynthia so she could attend law school at BYU. He still had his tools and found a small duplex with a 15'x8' shed in the back. The landlord kept just a lawn mower in the shed and agreed to let Tim use the space. It was cramped, power was via extension cord, and the dust collection was abysmal. Work slowed as Tim looked for other opportunities, but all professional jobs he found required suit+tie+office. "CNC Machinist" was notably absent from the list of required skills at CPA firms and banks. 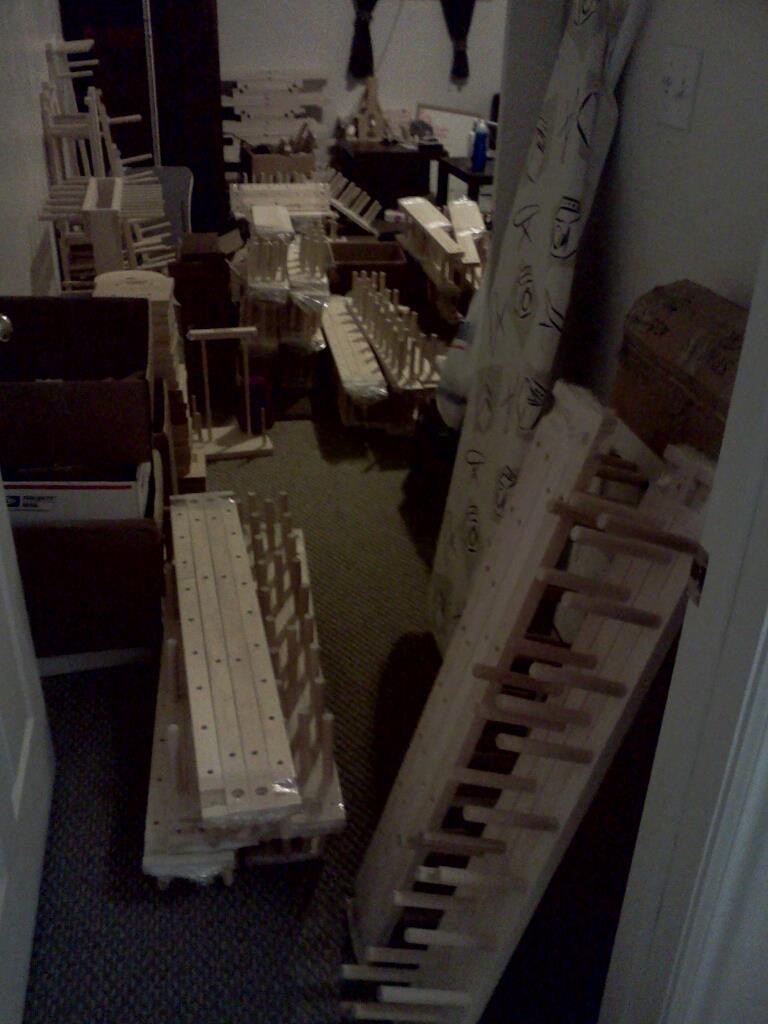 Still following the industry and selling a few items, Tim continued to learn about manufacturing, with an emphasis on advanced manufacturing. CNC technology has been around since the 1970s, but costs had always made it difficult to access for small shops. In the early 2010s, these costs began to fall rapidly as new entrants flooded the market and software became much less expensive and more user-friendly. In 2011 Tim decided to make this a full-time venture with robotics at the core of the business. He quickly acquired the parts to cobble together a DIY CNC router, and began spending exorbitant amounts of time trying to get the machine to produce quality parts fast enough to justify keeping it around. That never happened. This experience did not change his opinion that advanced manufacturing would quickly get good enough and cheap enough to make it viable. More money and time were needed...

In early 2012 Tim called Ben (who was living in a small apartment and making wool combs in his spare bedroom) and suggested they share a shop in Cincinnati. Tim went on a scouting mission and had one of the biggest breaks he could imagine. He found an inexpensive single family rental with a basement and a detached garage that had been purpose-built just a few years before by the owner to be a wood shop located about 3 blocks from where Ben was living! It had an entry door, 4 big windows, was insulated, and had a 100 amp sub panel. What a score! We worked together on production, but still didn't use CNC in any of our work until moving to Blue Ash Rd. 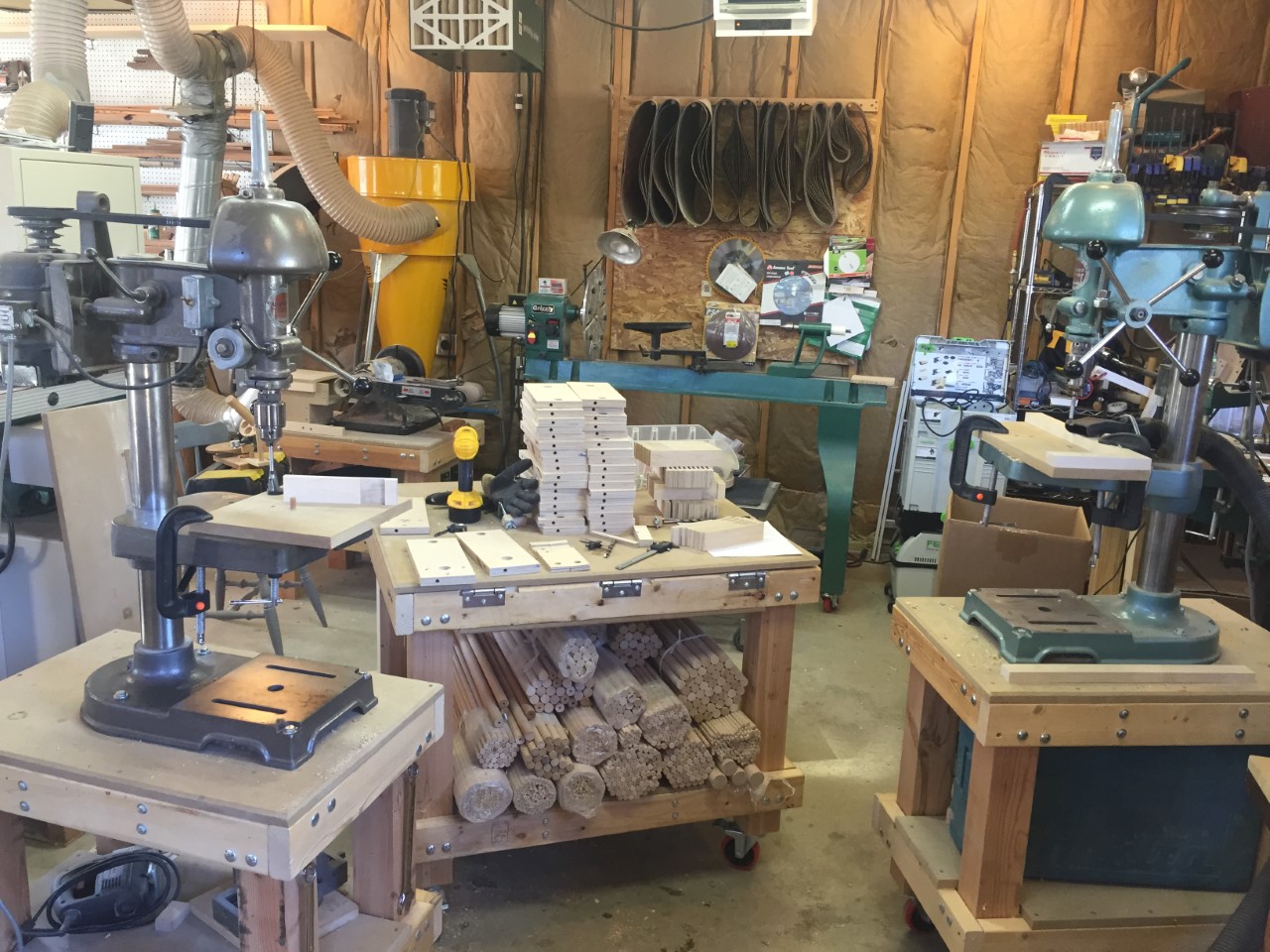 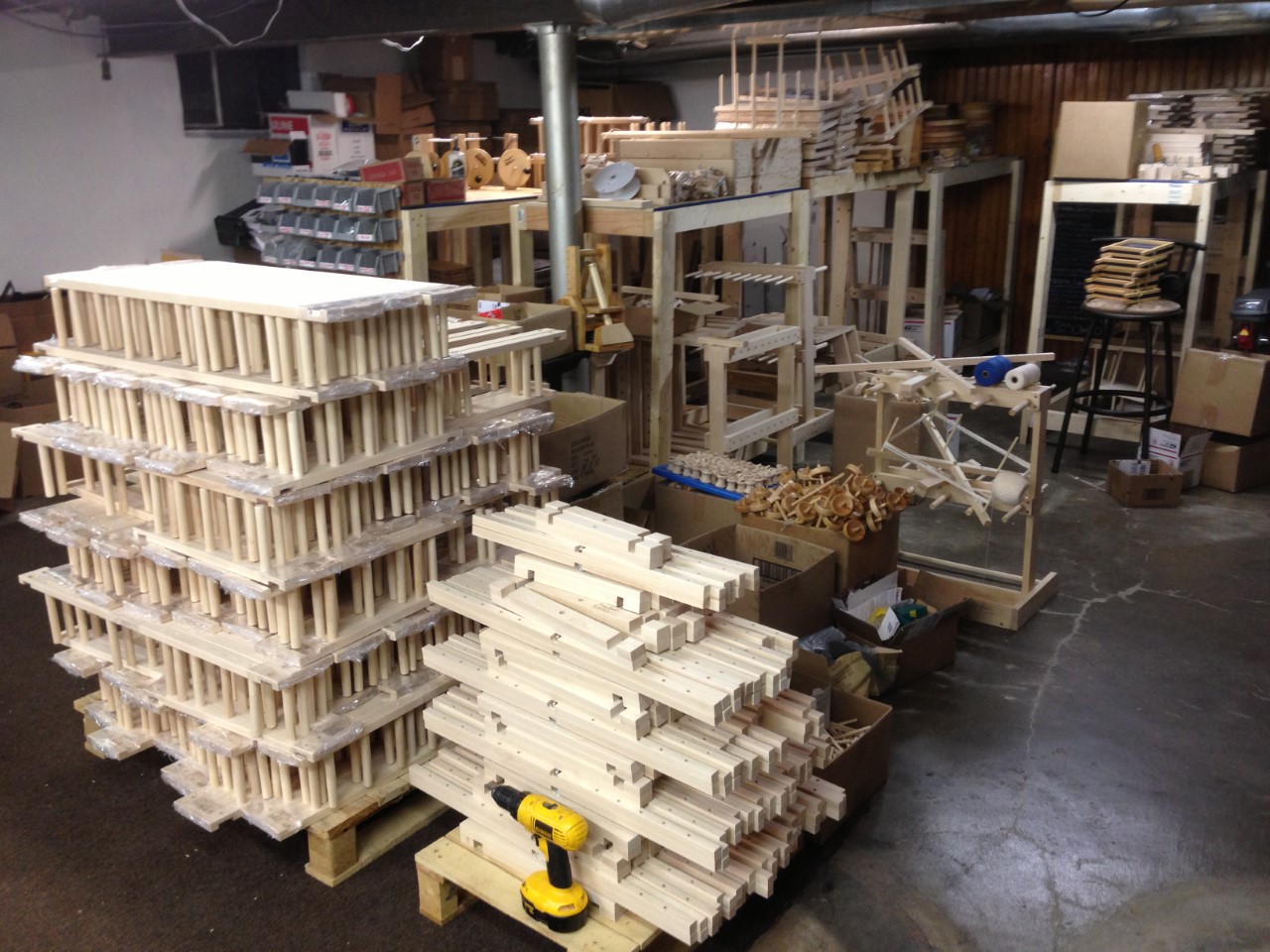 2012: Production in the attached garage & storage and assembly in the basement

In August 2015, Tim and Cynthia purchased a 3500 square foot run-down building near the rental house. The purchase price was low, the building was a mess, but the original structure was solid. Tim (with the help of a lot of people) gutted the place and built the dream home for the Fiber Artist Supply Company. Inspections were completed in November 2016 and we moved from the rental into our new home in early December. 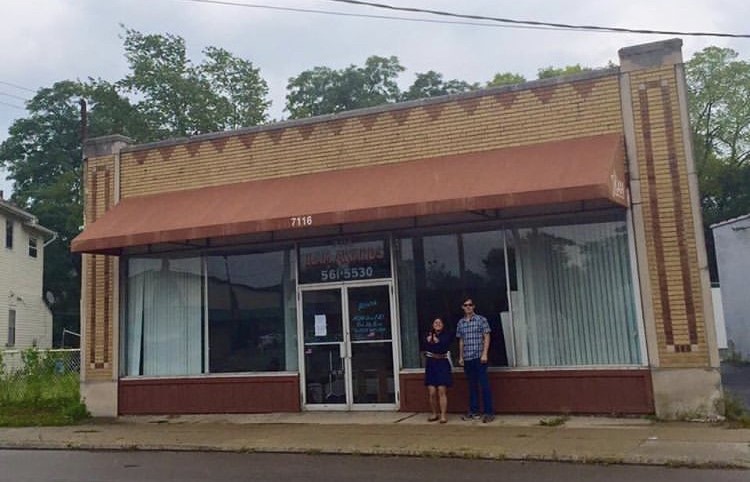 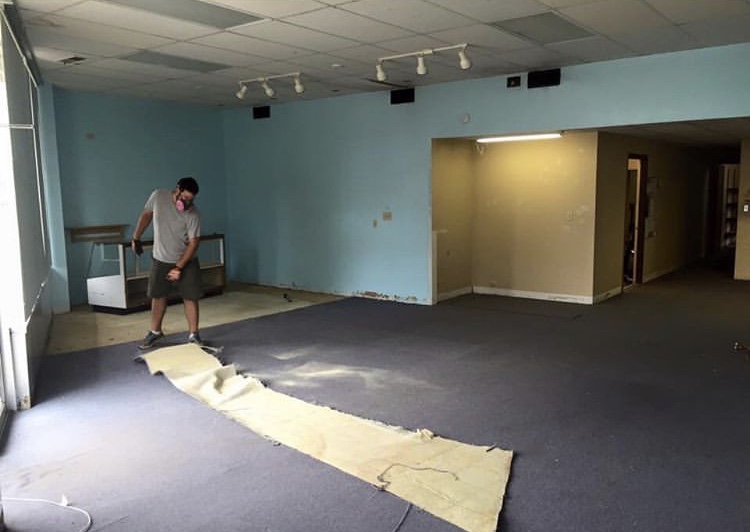 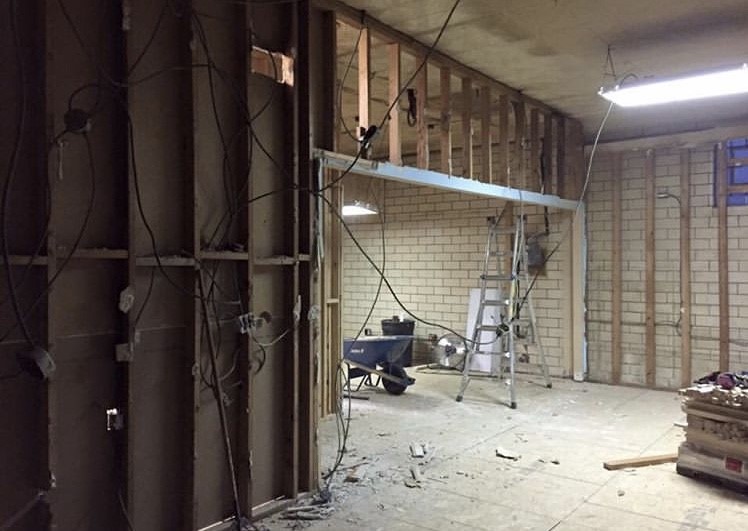 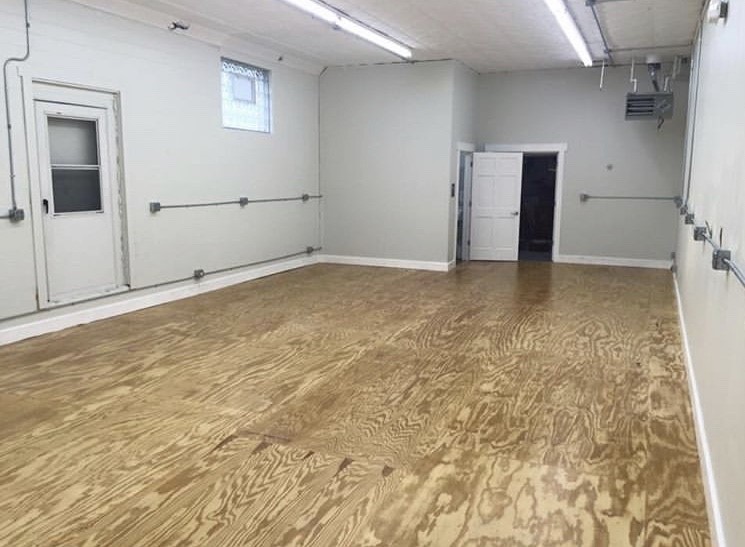 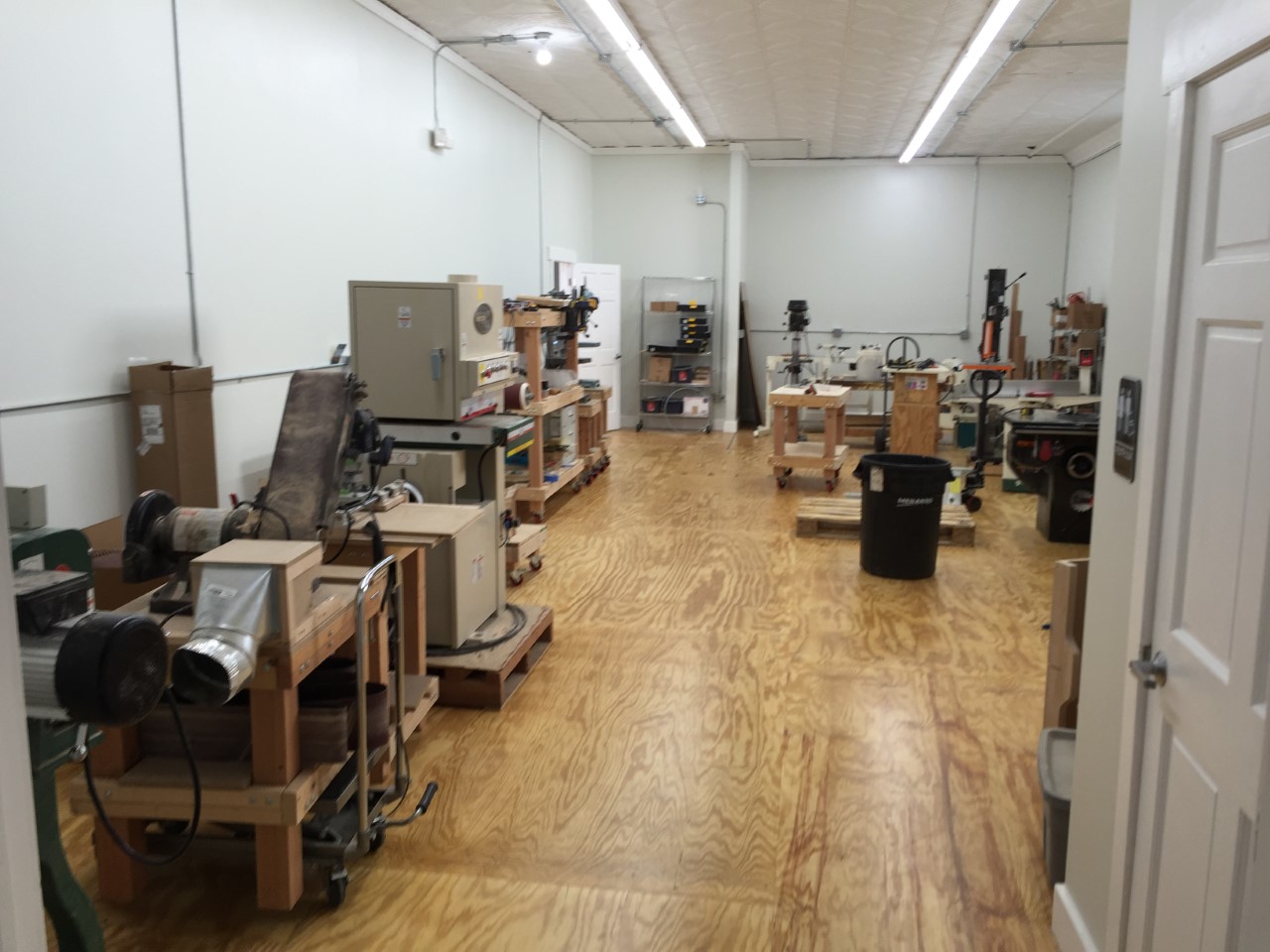 In 2017 Tim jumped back into advanced manufacturing. This time it was with a much more robust machine and a product to drive the decision. A theory had been proven that a yarn ball winder bracket could be produced from a single piece of stock. This part is one of the most challenging pieces we make, but by doing this way we could reduce some of the problems associated with fitting multiple pieces together. We released the our 3rd version of our yarn ball winder in 2017 and have continued to build on the platform, adding multiple tools that work with the yarn ball winder to help users increase productivity and reduce winding time and physical strain.

2020 and Beyond: Mission Statement, Taking Weaving Seriously & Finding Our Next Home

We believe that a carefully curated fleet of robots and a well-designed production system can make life more enjoyable for our customers, both internal and external. We work daily to improve our system for designing, producing, procuring, and servicing our products. We are all continually learning and have a moral imperative to share knowledge with others who seek to obtain it. Any action, no matter the size, that is done with the aim of continual improvement is welcomed. People are creative, and expressing creativity is a skill that machines can never possess, and therefore is one skill that not only brings humans joy, but is impossible to replace with robots.

Weaving accessories have always been an integral part of our business, but we've never produced a loom. We see weaving growing in popularity faster than the availability of weaving resources and it's creating opportunities for manufacturers to be vertically integrated by becoming a resource for those looking to gain new skills and provide feedback to help improve products. We believe that a brick-and-mortar multimedia textile education center will be an asset to the fiber art community by freely sharing knowledge in digital form and providing tools to help people learn and explore the craft. Tim is in the early stages of planning another move. While we love our space and hope to hold onto it, we are quickly outgrowing it and need a space with a dock. Once the new move is complete, we plan to transform the Blue Ash road facility into this center. Nearly everything that Tim has learned about textile arts & advanced manufacturing has come from those with a passion for sharing knowledge and it is our sincere hope that we can find a way to pay it forward to others in the near future.